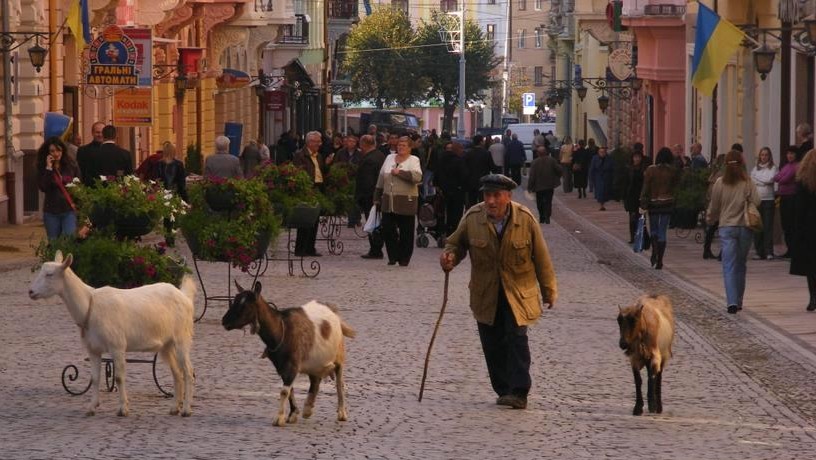 Named after the writer and feminist Olha Kobylianska (1863 – 1942) who lived in the city in the late 1800s, Kobylianska is a pedestrianised street that runs for 3/4 of a kilometre through the centre of Chernivtsi.

My guess is the street serves as a promenade, much like Barcelona’s Ramblas.  On a sultry summer weekend night I expect Kobylianska is full of people out walking, stopping for a drink, checking each other out.  I read somewhere that smoking is banned on the street and you’ll get a stern telling off if you were to light up a cigarette.

The street’s Romanian name was given to one Iancu Flondor, a politician who campaigned for the union of Bukovina with Romania. He died in the city in 1924.

This from Ghosts of Home: The Afterlife of Czernowitz in Jewish Memory: 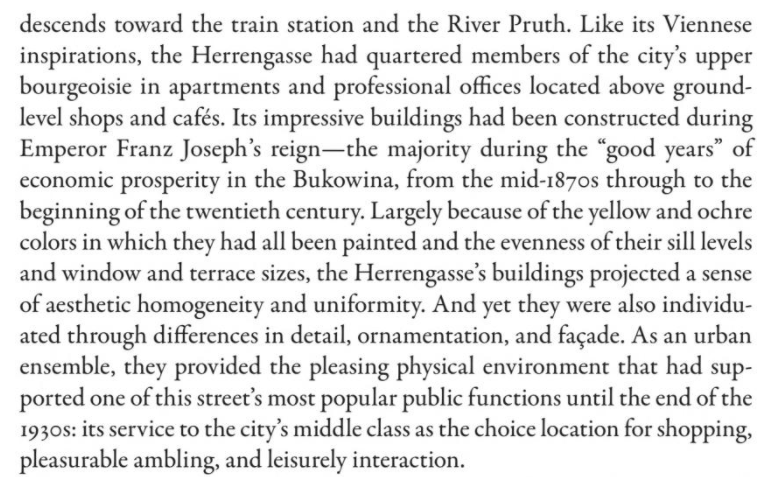 My hunch from above was correct, it was (is) a promenade, a coffee and cake at the the fashionable Cafe Habsburg or a schnapps and the day’s newspaper at the Cafe de l’Europe.