This post is part of the Peter de Polnay project.

Published in 1963, Polnay’s 33rd novel opens at a dinner party in a village in Sussex and trudges mournfully to a close near Beachy Head. 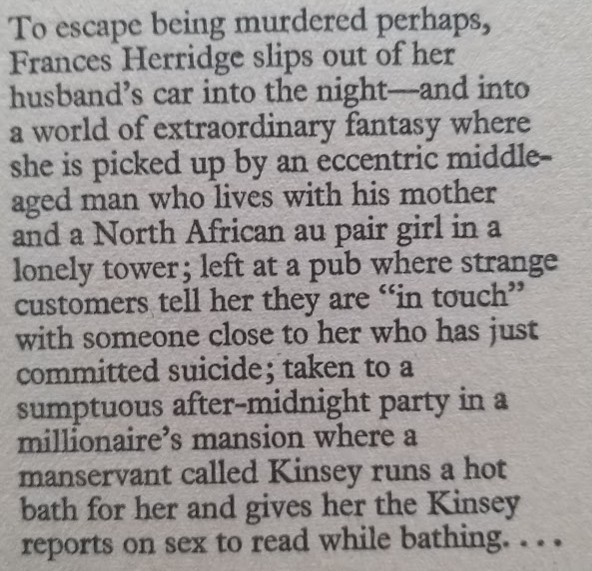 I laughed at the Kinsey wink-wink, nudge-nudge reference, remember, this is the dawn of the so-called ‘swinging sixties’.

Run of the Night is not a good book and on more than one occasion I checked to see how many pages remained for reading.  If it were not for this project I would have abandoned the work, it was a relief to arrive at the final page. The prose is wooden and clunky, the characters are uninspired and uninteresting.

On almost every page of The Run of Night there are faults of sentence construction, punctuation, or grammar, this is the kind of novel which reads as though it was never revised (let alone proof-read), and which makes this viewer itch to correct it with a red pen like a schoolchild’s essay. Its banal plot concerns a frightened wife who escapes her husband’s suicidal car journey only to undergo a peripatetic night in wildest Sussex encountering various dreary and unconvincing eccentrics. It seems difficult to imagine good reasons for writing, publishing, or buying this book. 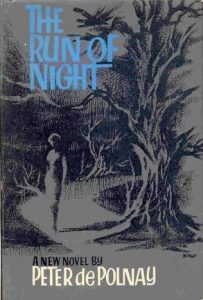 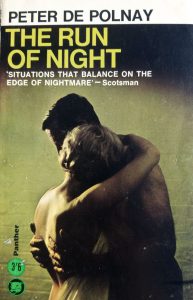 The front and back cover of the paperback (right) include blurbs that claim a different story.

The Scotsman describes the book as containing

‘Situations that balance on the edge of nightmare’

while on the back cover, the Spectator argues that

‘Mr Polnay has everyone beaten…a brilliant engineer of fiction’

Which perhaps is referring to other books of Polnay’s rather than The Run of Night.

This is my first novel by Polnay and it’s not a great start, if the rest are like this then he probably deserves to remain in complete obscurity, we’ll have to wait and see.