O ne early spring morning in March the dogs (Smithy and Jeff) and I set off on a hike to Sally Rainbow’s dell in the east of Hertfordshire.

We caught a train to Stevenage and then to Watton-at-Stone, this all took a good hour and a half but I had a book1 and a cup of tea with me and the dogs settled down after searching the carriage for snacks.

We arrived at Watton just before midday and headed south in the direction of Bramfield woods.  I had been this way before having wild camped in the woods a few years past.

On entering the woods I released Jeff from his lead while poor Smithy had to stay on his; being a terrier his instinct is to hunt and he is impossible to get back on the lead again. Jeff, on the other hand, is of a more nervous disposition and hates having me out of his sight for long.

We made our way to Sally Rainbow’s Dell, a steep-sided chalk hollow where, in the 18th century, lived a reputed witch.

Legend has it that Sally Rainbow was on good terms with highwaymen Dick Turpin and  Walter Clibbon who used the dell as a hiding place and storage for their ill-gotten gains.  It is rumoured that Sally extorted money and food from local farmers in exchange for ‘protecting’ livestock from the evil machinations of other witches, a kind of Hertfordshire protection racket.

How much of this is true is anyone’s guess.  It is just as likely that Sally was an elderly homeless woman living by her wits in the woods, a century or so earlier she would have been burnt at the stake.

From the dell, we made our way down to the village of Bramfield and enjoyed a pint at the Grandison pub.

Most of the rest of the walk was across open farmland. 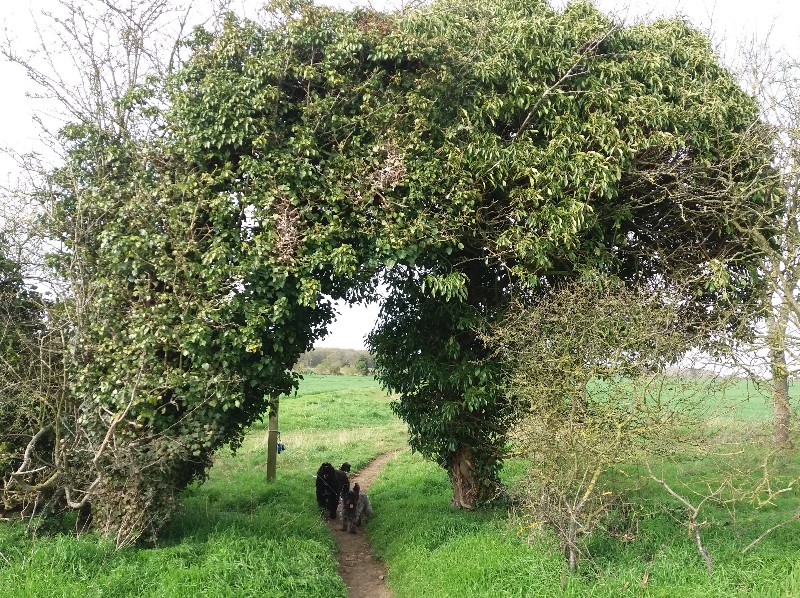 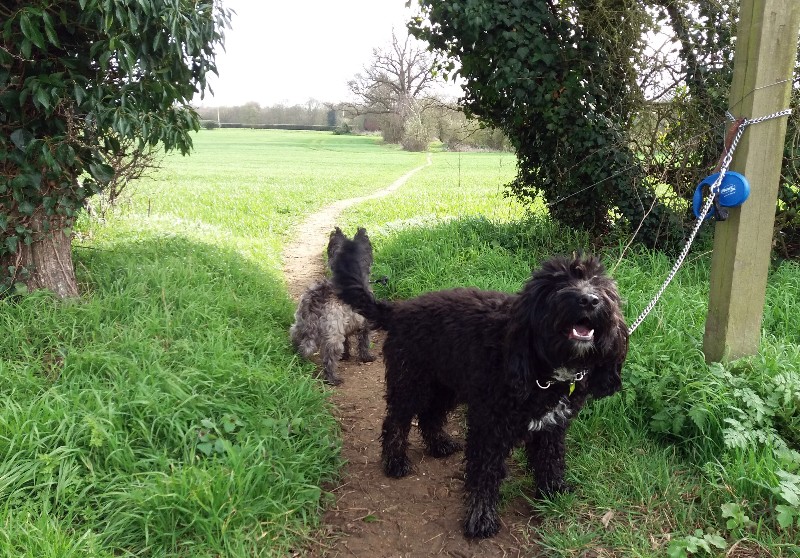 Eventually, we found ourselves at North Hertford station where we began the long journey home.

Oh yes, I almost forgot, on this hike I tried out my premium membership of the OS map app and very handy it was, £4 a month is a pretty good deal. I like it how I can plan out a hike online and then download it to my phone for offline use.  Good stuff.