When visiting somewhere I usually take along a book or two that is set in the city, region or country in which I’m staying. The closer to my actual location the better, especially if the author is a native of the the place.

Last year, for example, when I went to Ukraine, I took Bulgakov (for Kyiv) and Babel (for Odessa). To be honest I didn’t have that much time for reading but it felt good to have them with me as talismans, little guides, helpers; Mikhail and Issac.

This month I’m off with my 16 year old son to Gdansk. I bribed him to join me with the lure of a football match (Gdansk v Krakow), I like the idea of a match as well but I’m also here for to dip my hand in the Baltic and look out for the ghosts of old Prussia.

Thus my book list is weighted towards pre world war two, when Gdansk was known as Danzig and the majority population were Prussians.

So what am I taking to Gdansk? 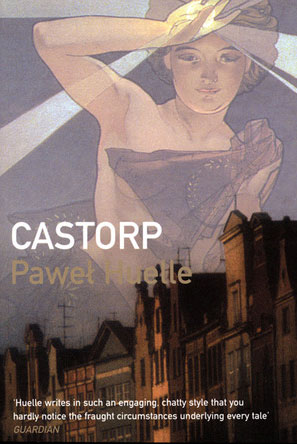 I found this book by search for ‘books set in Danzig’ on Google.

My local bookshop couldn’t source a copy and but I found a  secondhand copy on Ebay for a couple of quid.

Here’s what the Huelle has to say about the origin of his book in an interview with the Independent:

“When I first read Mann’s The Magic Mountain, the story of a young German called Hans Castorp, it had a hypnotic effect on me….One sentence in particular stuck in my mind; it was the start point for my own novel.”

He picks up his copy of Castorp and reads the quotation at the beginning: “‘He had spent four semesters at the Danzig Polytechnic.'”

“I grew up in Gdansk – Danzig, as it used to be called. Just imagine a writer you really, really like creating a literary hero who you discover may have lived in the house next door to you. Your imagination goes crazy: where did he live? Where did he go? Where did he get his hair cut? For years I wondered: what did Castorp do in Gdansk?” 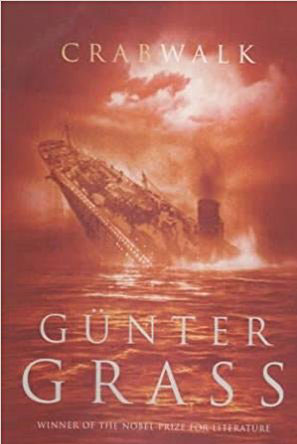 I came across this book in Paul Scraton’s excellent ‘Ghosts on the Shore‘, an exploration of Germany’s Baltic coastline.

Gunter Grass is the most famous of the three authors and like Huelle was born (1927) in Danzig (Gdansk).

In Crabwalk he recounts the tragic sinking by a Soviet torpedo of the Wilhelm Gustloff, a ship that had been carrying German refugees fleeing the Red Army in January 1945.

The book caused a stir when published as it broke the taboo of presenting Germans as victims in the second world war.

In an interview with the New York Times, Grass talked about his book:

”After the war, it was a taboo subject in East Germany because it was a taboo in the Soviet Union,…In West Germany, it was possible to speak of it and some documentary work was done, but not in a literary form. In general, it was the first responsibility of Germans to speak about German crimes. The question of German suffering was of secondary importance. No one really wanted to speak about it.”

”One of the many reasons I wrote this book was to take the subject away from the extreme right…They said the tragedy of the Gustloff was a war crime. It wasn’t. It was terrible, but it was a result of war, a terrible result of war. It was not a planned act.”

Subtitled ‘Journey’s among the Ghosts of East Prussia’, it is the story of a place and people that no longer exist.

Baltic East Prussia stretched from Danzig/Gdansk in the west to Memel on the border with Latvia in the east with Königsberg as its capital.

I was completely unaware of the existence of this region until recently.

East Prussia is no longer on any map, though it was once a thriving land, famously military, deeply forested, artistically fertile, and the birthplace of Immanuel Kant.

As the scene of Stalin’s ‘terrible revenge’ it came to embody the turbulence of the twentieth century, was carved up between Poland and the USSR after World War II – and passed abruptly into history. Embarking on a remarkable journey through landscape and memory, Max Egremont has woven the stories of ghosts and survivors into an evocative and deeply moving meditation on identity and the passing of time.