According to my Goodreads list I devoured 50 books last year and abandoned three.  Of these fifty, 24 were were non-fiction.

I moved steadily away from e-books and purchased either via Toppings, my excellent local bookshop, Ebay (a veritable buyers market these days) or various charity and second hand bookshops.

In the last quarter of the year I discovered that archive.org hosts a frightening number of interesting looking books available for loan. I also took out a subscription to the wonderful Slightly Foxed quarterly which has furnished yet more books for my ‘to-read’ list.

This year has been dominated by central and eastern Europe as will quickly become evident from a glance at the list below.  I expect this trend to continue throughout 2019.

An astonishing work encompassing the Second World War, Stalingrad, Stalin’s purges and the people swept up in this most awful period of the twentieth century.  The writing isn’t always beautiful (Grossman was primarily a journalist) but its power and breadth is breathtaking.  A long, and not always easy read, but well worth your time.

The House of Mirth – Edith Wharton

Published in 1905, the novel tells the story of Lily Bart and her life as a member of New York City’s high society.  The book is as an attack on the hypocrisy of the American upper class and the restricted roles assigned to woman in society at that time.  Wharton writes beautifully.

Roth charts the decline and fall of the Hapsburg empire through the life of three generations of the Trotta family.  A magnificent book that helped ignite my interest in Austro-Hungary and the Dual Monarchy.

They Were Counted – Bánffy, Miklós

A sumptuous feast of a book. 600 pages (the first in a series of three books) set at the turn of last century following the lives of two young men in (what was then) the Transylvanian region of Hungary. I’m hungry for the next two in the series (pardon the pun). 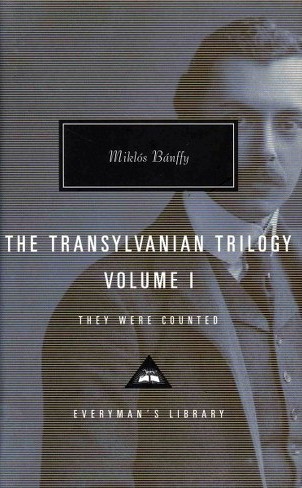 The only downside is the book’s cover which I really dislike, the typeface is quite ugly.

Compare the above to this alternative version of the cover which is understated, clean and pleasing to the eye.

These things matter to me, book covers (just like album covers back in the day) are one of the joys of reading real books as opposed to e-books.

Oh, James Salter writes so beautifully and this book is dreamy, so many perfect phrases and no padding at all, a fine novel.

I also read a collection of his short stories which were not so hot and the dog chewed the cover off.

From Odessa to Jerusalem – Leon Majaro

This thrilling book tells the story of Leon Majaro from Odessa. Born into a middle class Jewish family, Majaro witnessed the Russo-Japanese war and pogroms against the Jewish community in Odessa. He fought on the Turkish front with the Russian army during the first world war before making his way to Jerusalem where he finally settled.

No, I’m Not Afraid – Irina Ratushinskaya

A harrowing account of the suppression and imprisonment of the Ukrainian poet, Irina Ratushinskaya, by the Soviet regime in the 70s and 80s.

The Battle that Shook Europe: Poltava and the Birth of the Russian Empire – Peter Englund

I took this with me on my journey to eastern Ukraine last September and read it while sipping beer in the fine city of Poltava.  An excellent read from start to finish, Peter Englund writes in a very engaging style, bringing this important and decisive battle to life.

Vladimir Littauer served in the Russian Imperial Cavalry from 1911 to 1920. The book describes his experiences during the First World War, the Russian Revolution, and his eventual escape from the Bolsheviks in 1920.

Border: A Journey to the Edge of Europe – Kapka Kassabova

A lush exploration of the borderlands between Bulgaria, Turkey and Greece.  A memoir, a travelogue and a historical accounting.

Her writing can become a little over poetic at times but don’t let that put you off.