As Londoner I’ve a fierce attachment to the Thames; crossing Blackfriars bridge on the top of a bus and looking west and then east always sends a shiver of love through my body. The Thames, to me, is the beating heart of London and I tend to assume that inhabitants of other cities feel the same way.

And what of  Kyiv’s relationship to the Dnieper? It’s hard to know, the city doesn’t appear to go out of its way to encourage tourists. Much of the river (on the right bank) is lined by busy, noisy roads, I was hoping for an embankment walk, Southbank or similar and had heard that Obolonska Quay in the Obolon neighbourhood might suffice.

On this beautiful sunny and warm morning I head off in the direction of Golden Gate confident I’ll find a good place to eat.  And indeed on Yaroslaviv Val I come across Café Yaroslava where I enjoy meat pancakes and a cappuccino. 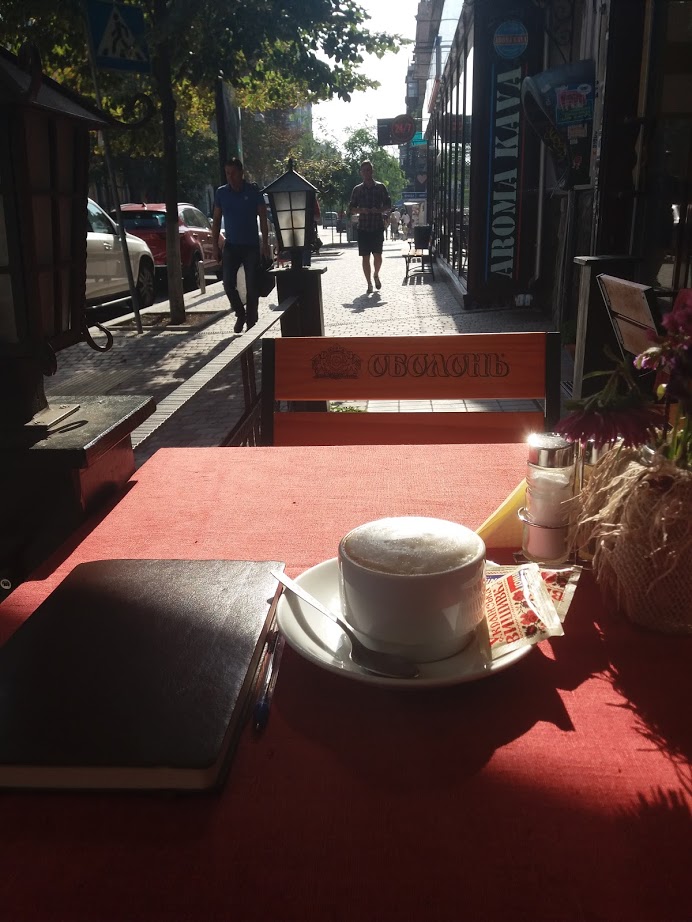 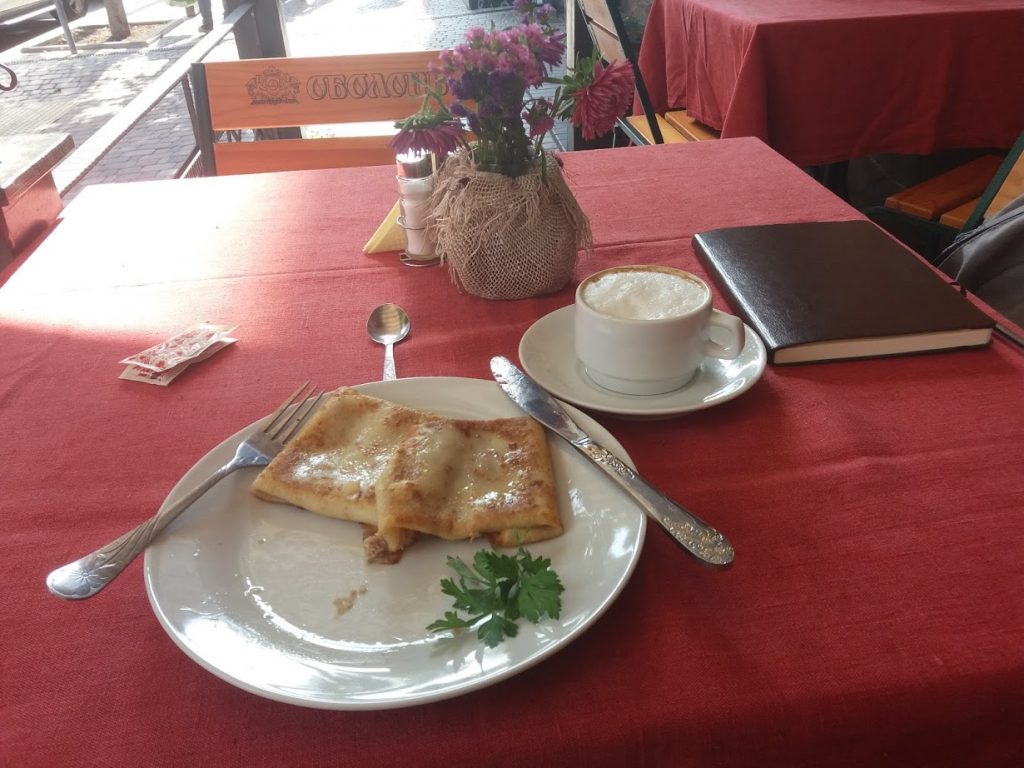 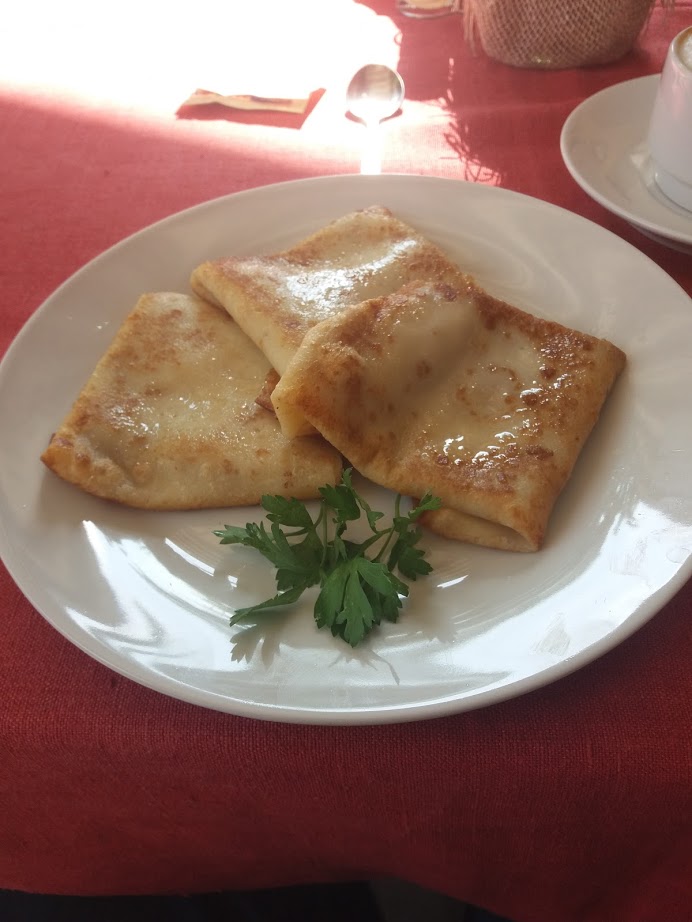 The Yaroslava is one of the oldest cafés in Kyiv, opening in 1947 and famous for its savoury pancakes and rich pastries. The Ukrainian novelist Andrey Kurkov mentions the café in his novel ‘The Milkman in the Night’:

Unlike Veronika, I sat outside on the veranda.

A visit to Obolonska Quay is, it turns out, a major undertaking. The metro from Maidan is straight forward enough but once at Obolon there is no indication that one is in walking distance of a major European river. No signposts or handy maps, nothing, nothing at all.

Thus I’m forced to fall back on Google maps for a mile or so, directed down busy, hot roads and then through housing estates before finally stepping out onto the Quay and coming face-to-face with the river.

And my first impression?  ‘Gosh, this river is green!’.  A deep green that reminds me of pea soup. A sign warning against swimming is ignored by several brave souls.

And on the riverbank, the beach in fact, families with blankets laden with food, a young couple sharing a cigarette, old people taking in the sun, a few drunks dancing to tinny sounds coming from an old radio.  Anglers cast out, a young woman reads her book, dogs sniff about and kids pass by on bikes. 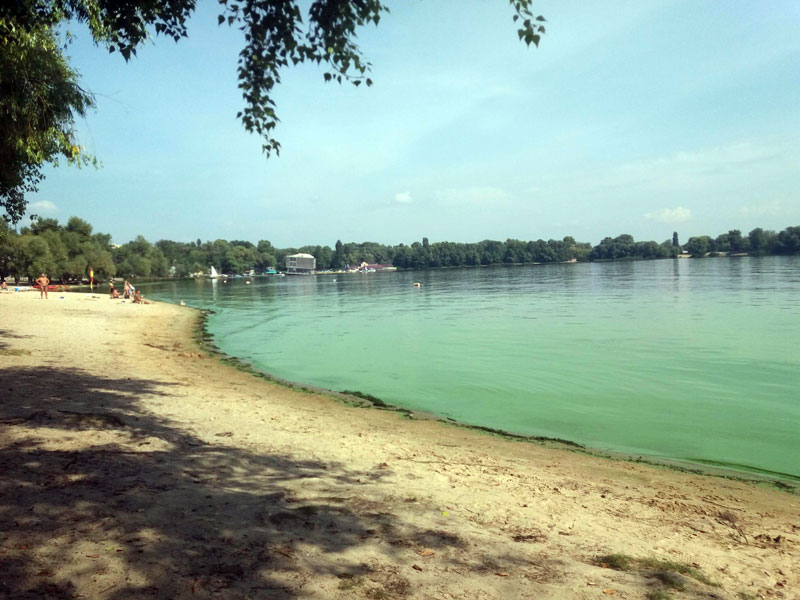 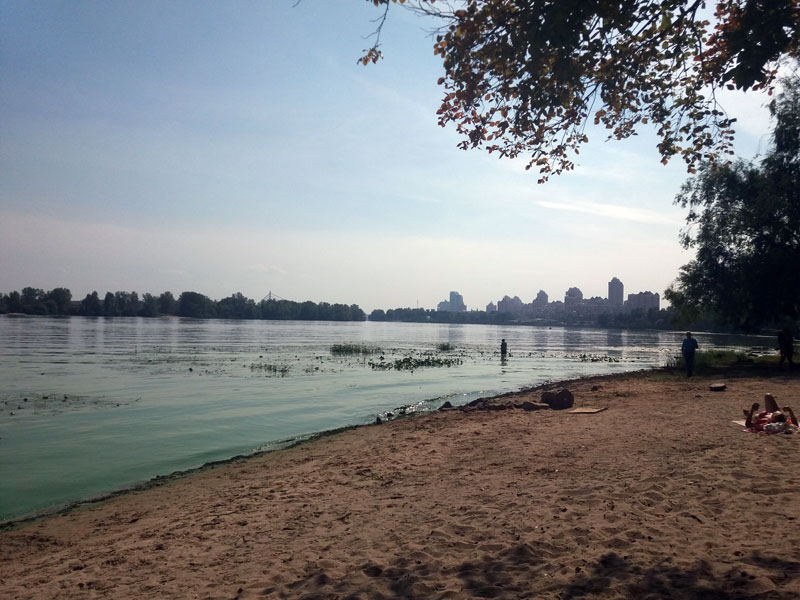 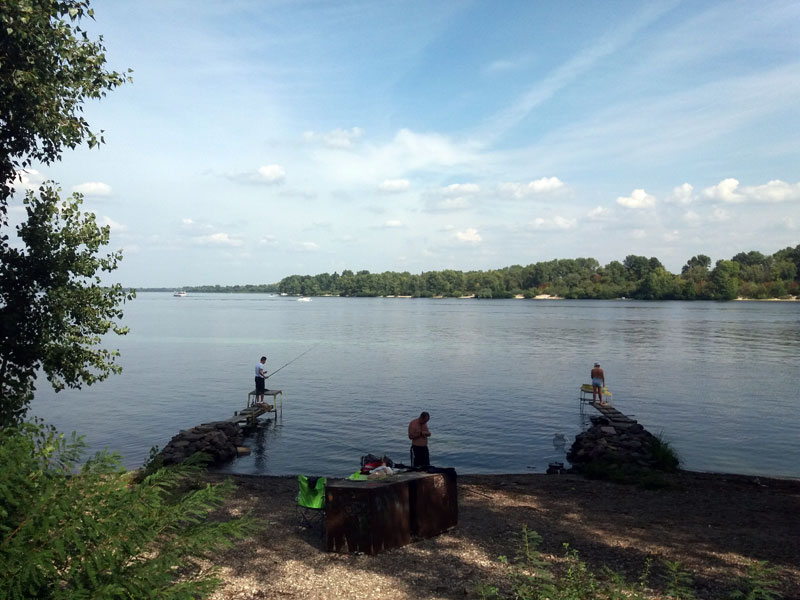 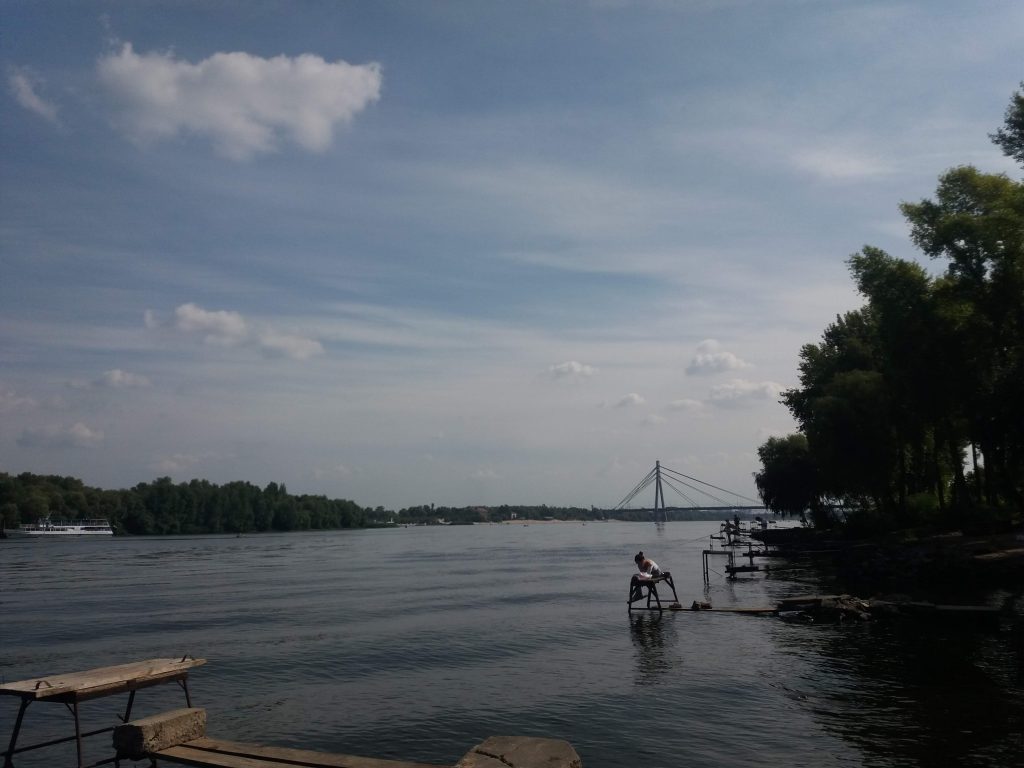 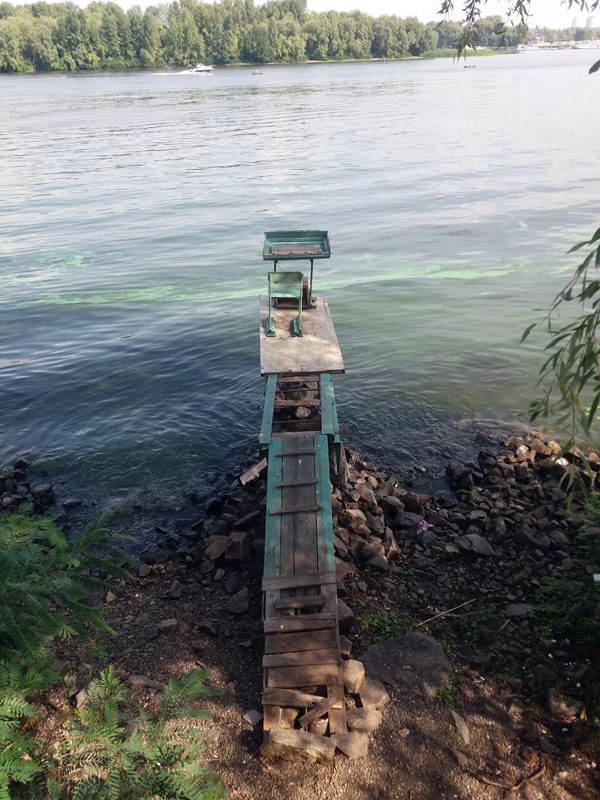 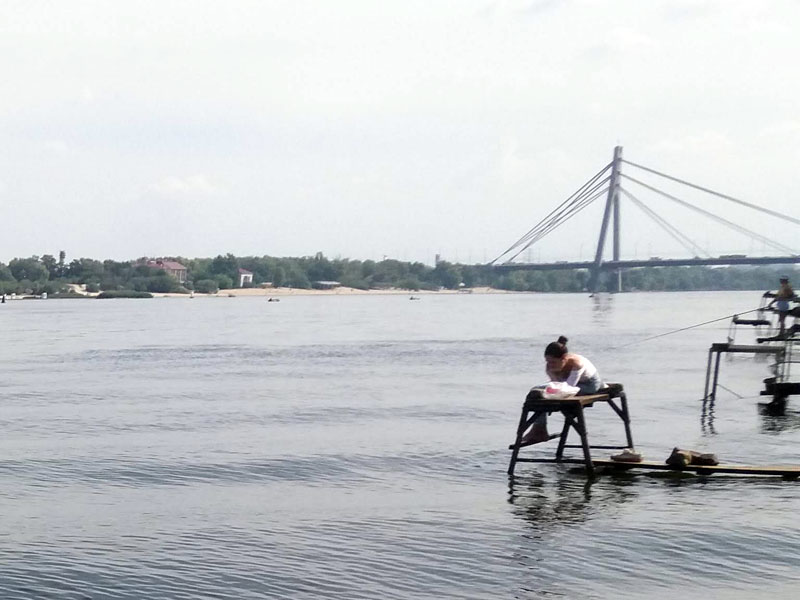 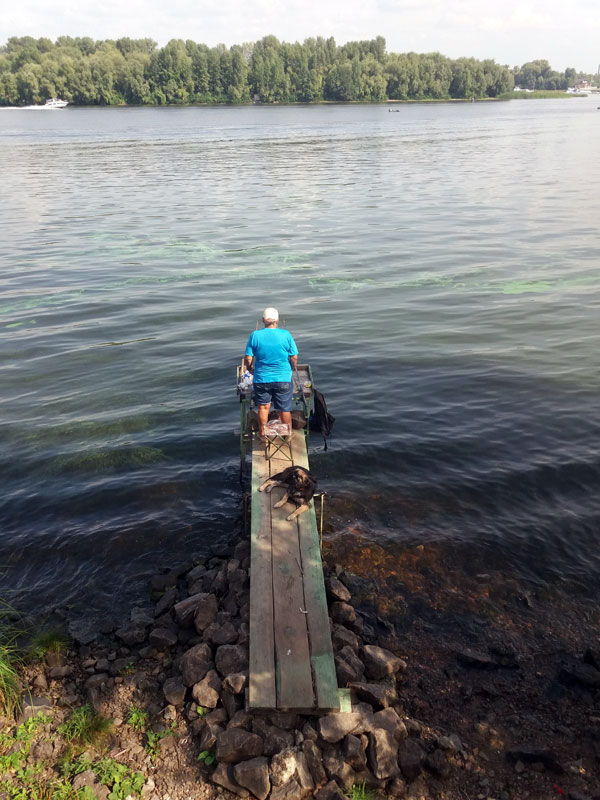 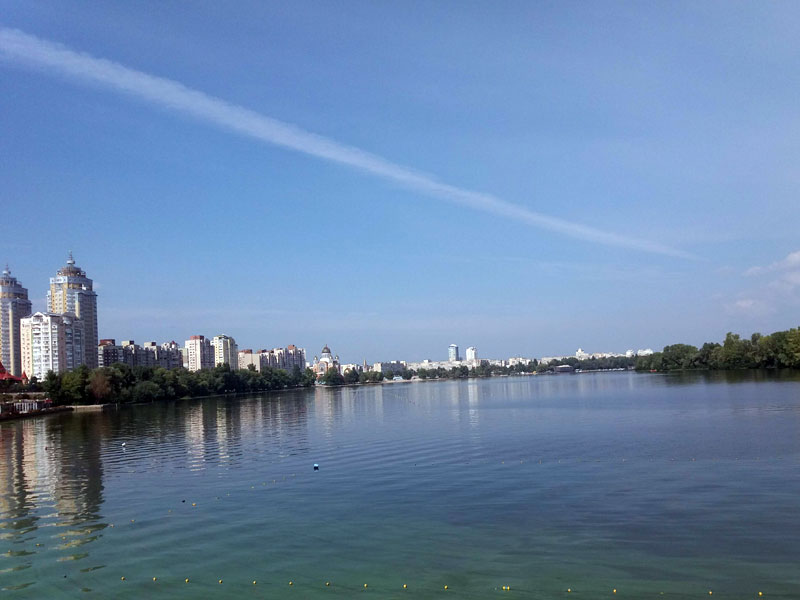 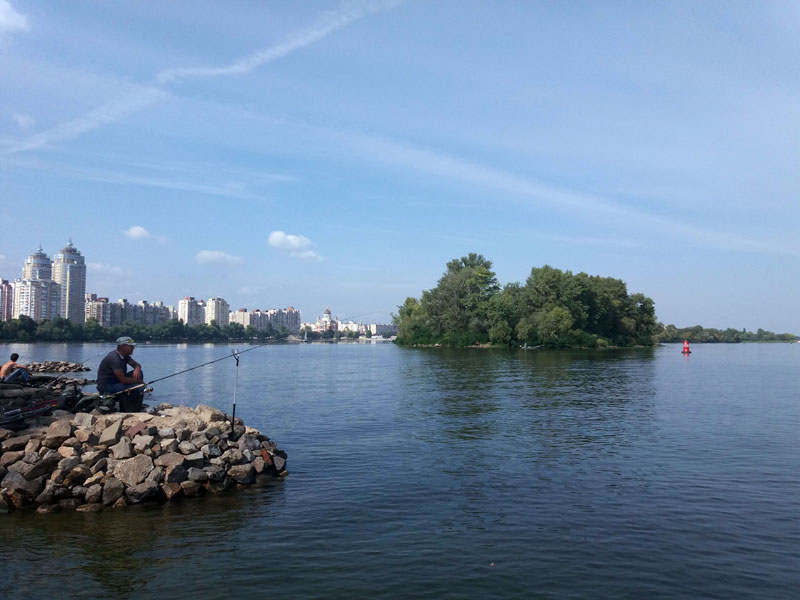 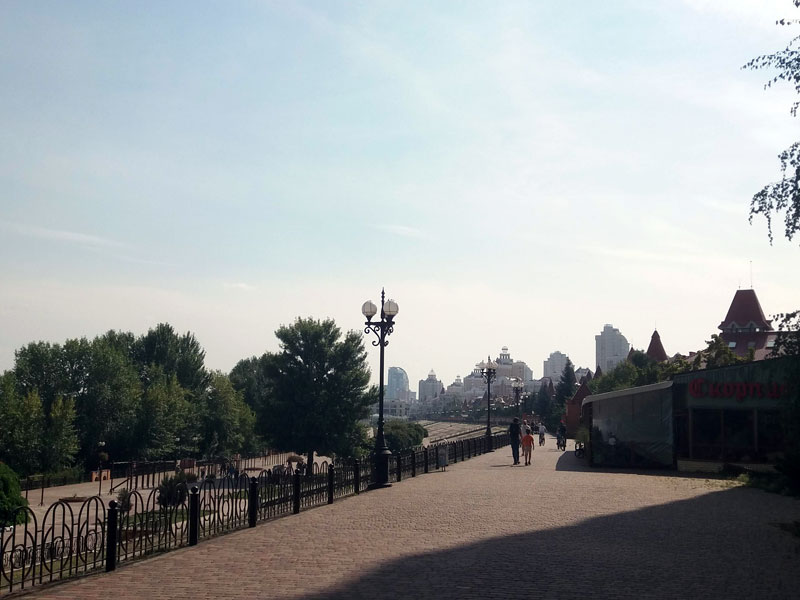 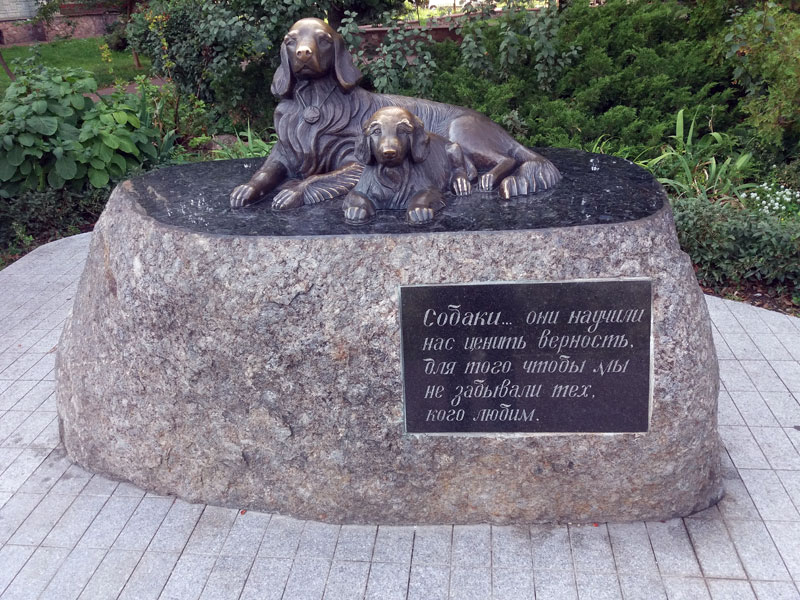 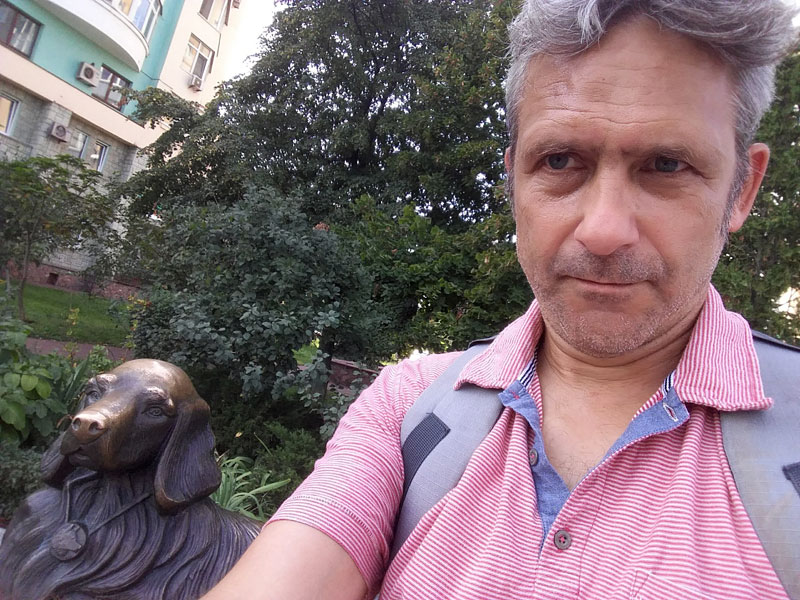 After a while the quay, and the possibility of continuing along the river ends, at a bridge. I wish the Dnieper farewell and make my way to the Pochaina metro station, some 3km away.

At Pochaina I come across a two indoor markets, one selling clothes and the other books.

At the first I fail to find a pair of shorts suitable for the hot weather while at the second I’m slightly disappointed to find all the books are new, I was hoping for some interesting second hand books.

Nevertheless, I enjoy mooching about the markets for an hour.

I take the metro back to Maidan, buy a coffee and sit around for a while watching Kyiv pass by before walking to the flat for a nap.

I meet my friend Anna at Golden Gate, we’re going to a Crimean restaurant but have an hour to kill before our table is ready.  At the nearby Taphouse bar, we sit out in a courtyard for a beer.

A gentle late summer evening, a warm breeze, the chatter of people out enjoying themselves, I could be in Barcelona!

We finish our drinks and walk through central Kyiv to the Musafir restaurant.

The Musafir specialises in Crimean Tatar cuisine. The restaurant was originally based in Bakhchysarai, a city in central Crimea, but was forced to close and relocate to the mainland after the Russian invasion of 2014.

Happily the restaurant has proved exceedingly popular with the people of Kyiv and a second branch was opened in 2017.

I enjoy a wonderful portion of plov (pilaf)1, a lightly spiced mix of rice and meat, which was utterly delicious.

The restaurant is beautifully laid out, very good service, live music in the background and great coffee.  Highly recommended.

After our meal we stop off at the N::B Cocktails Bar for drink. 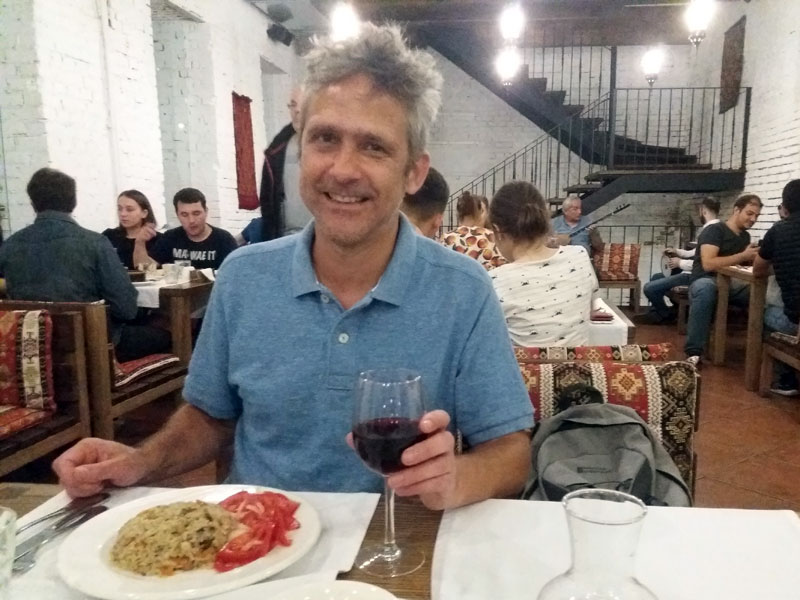 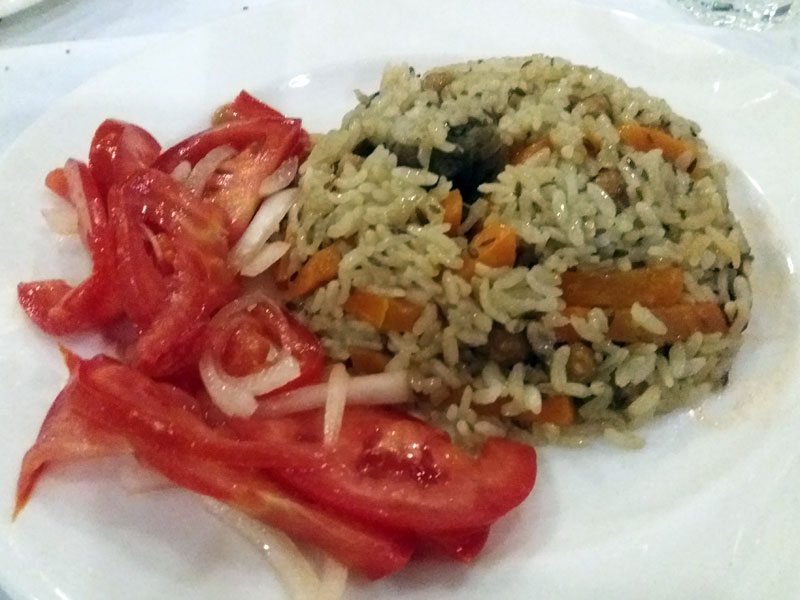 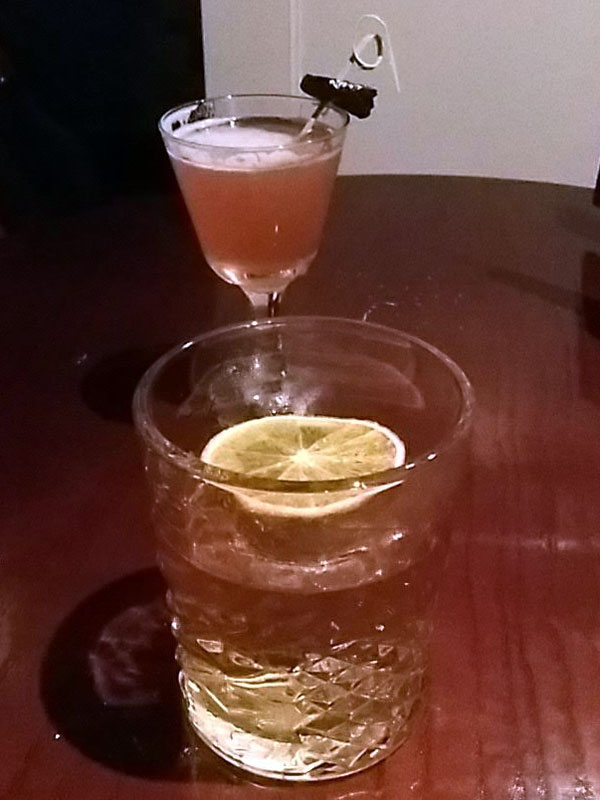 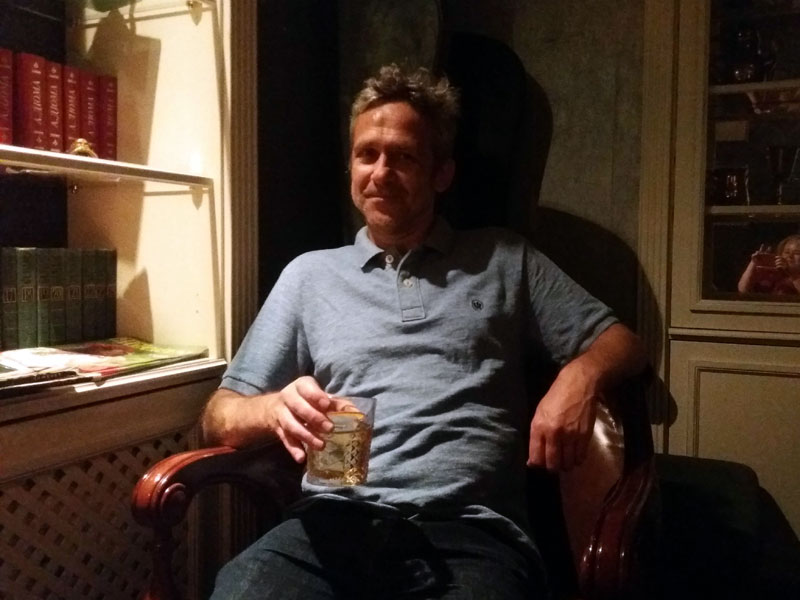 An Old Fashioned for an old fashioned