The Cathar Way is a 250km footpath in the French Pyrenees.  It runs between Port La Nouvelle on the Mediterranean coast to the historic town of Foix.

I walked this section of the trail with my friend, Brendan, in summer 2016.

We were given a lift from Quillan to Coudons (about 4k) and joined the trail up into the heavily wooded hills.  After a couple of hours hiking we reached a plateau and rested before the descent to the village of Quirbajou.

The weather was perfect.  Warm and sunny with a light breeze. 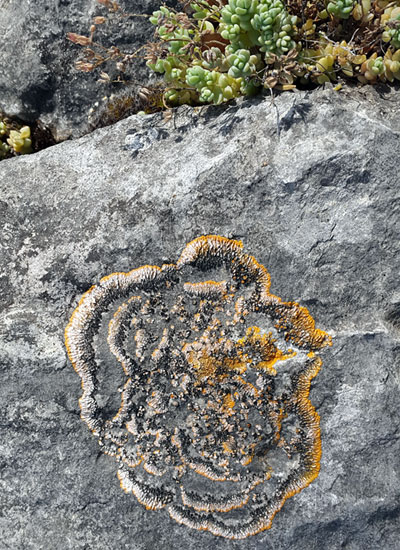 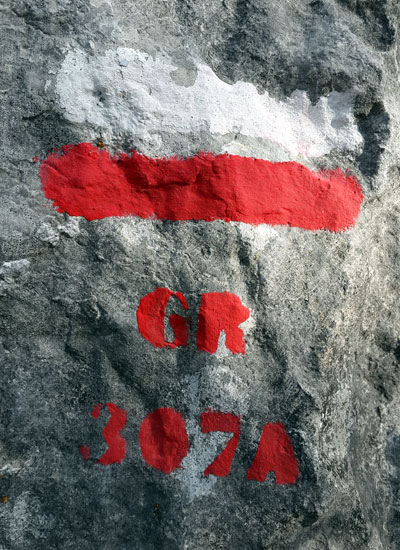 At Quirbajou we stopped for food and long, long glugs of water. The name of the village reminded me of the Pixies song, Caribou, which I promptly began to sing. 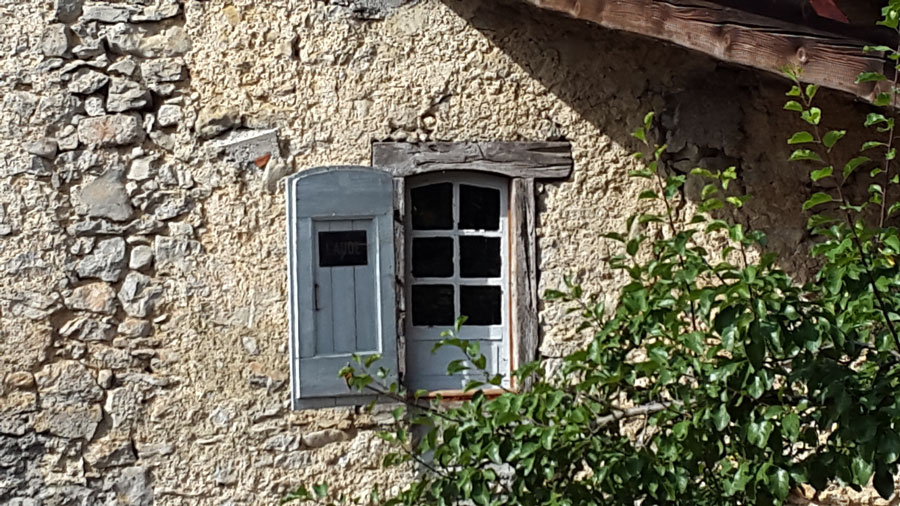 From Quirbajou we began the steep descent into the valley and the village of Marsa.

In Marsa we had our photo taken on a bridge crossing the river Rebenty. 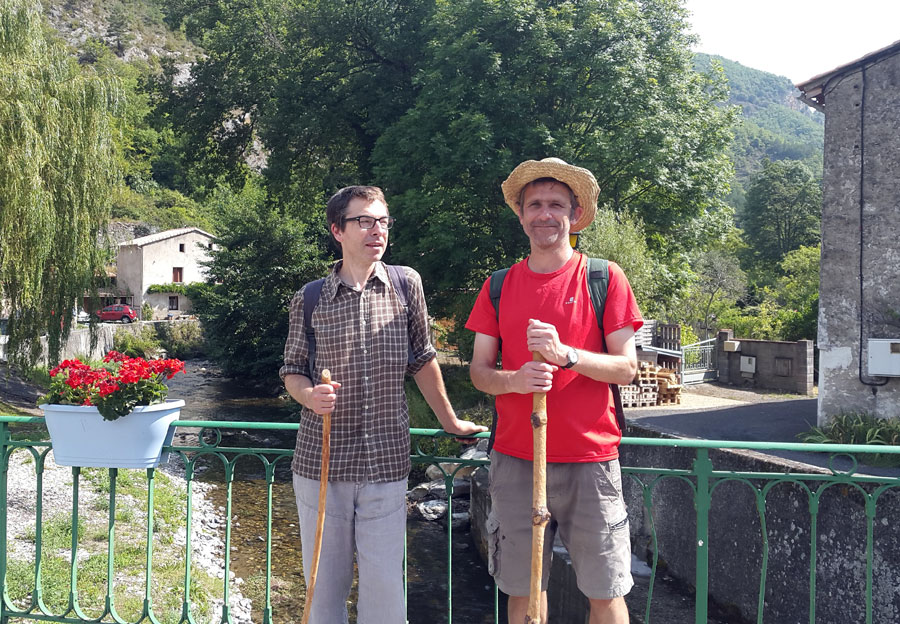 The next village, Cailla, has a beautiful 10th century church and churchyard that we spent some time admiring. 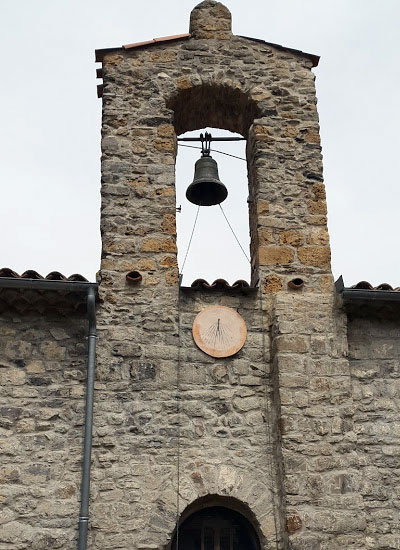 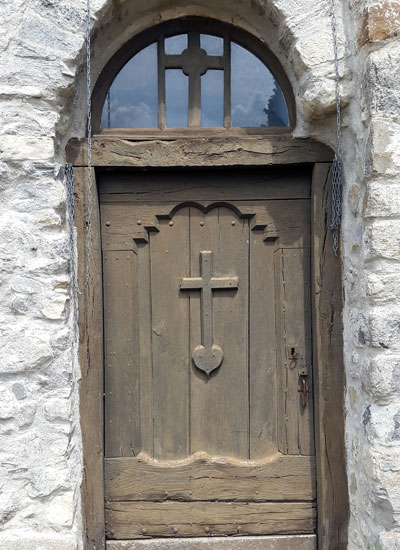 On leaving Cailla we continued the descent into the valley and onwards to Axat.

An hour or so later we were standing above the historic town of Axat, watching a train chugging across a viaduct over the river Aude. 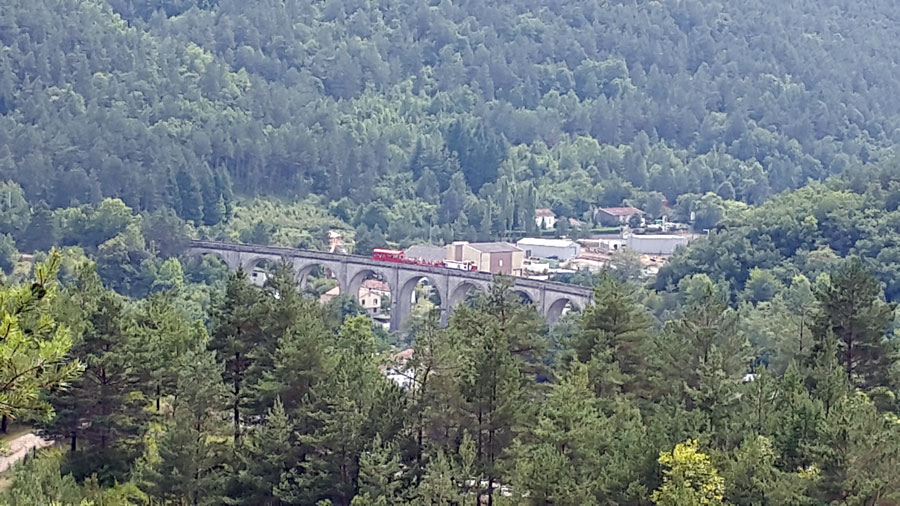 Axat is a lovely town, well worth exploring. 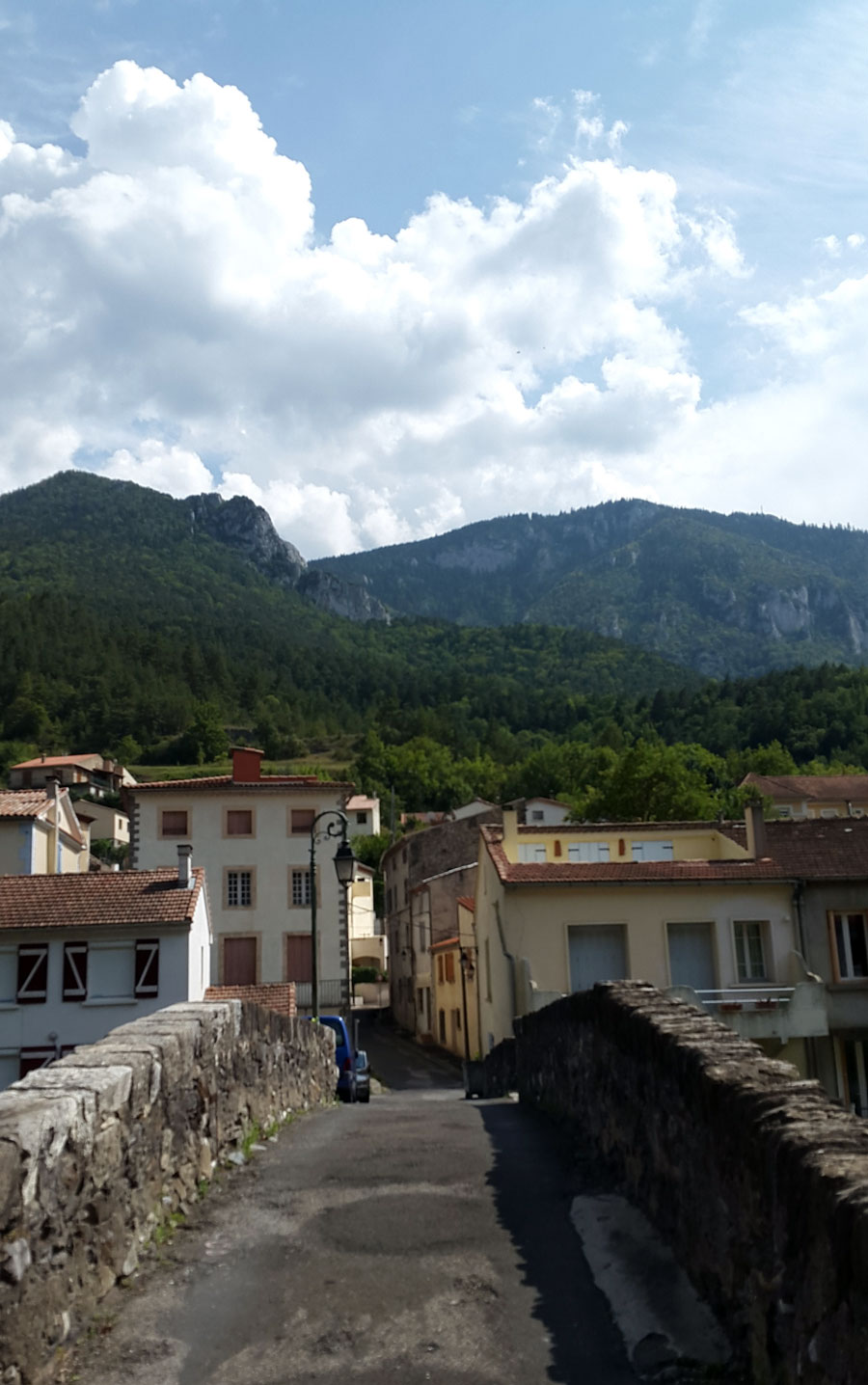 We found a shop and purchased beer, bread, salami and chocolate.

Supping beer on the banks of the river Aude. The perfect note on which to end a beautiful day on the Cathar Way. 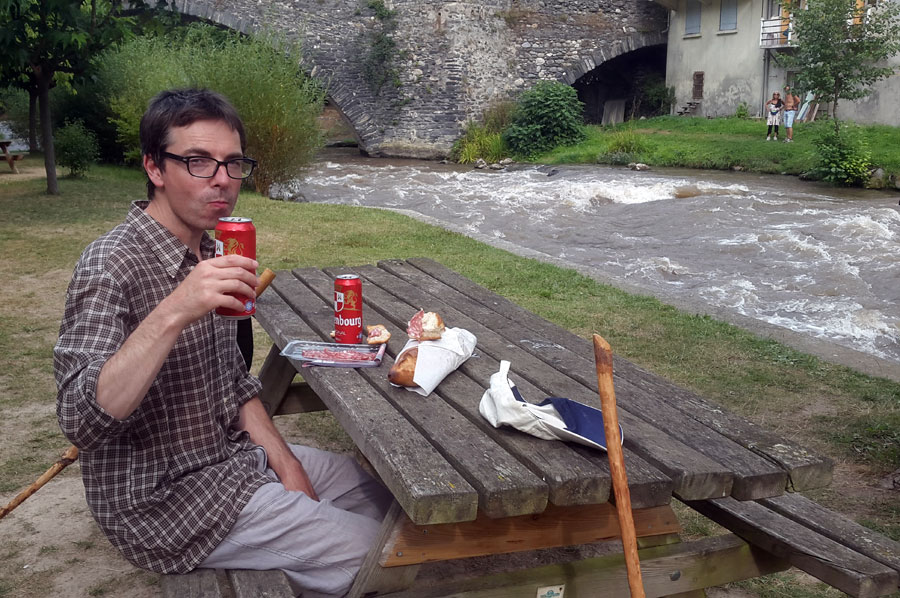 You can see other hikes I’ve done on the Cathar Way.