This is the eighth stage of the Grand Union Canal Expedition.

O n the map below the little blue hiking icon shows where I’m up to (green line), more than half way I’d say!  The red line to the right is the route of my hike along the River Great Ouse.

The two paths cross each other at the blue hiking icon.

I couldn’t face the walk from Milton Keynes (MK) station to the canal so I caught a cab to the towpath and set off towards Birmingham.

After an hour’s hike through MK I reached the far-flung suburbs and the day began to brighten up a bit.

An aqueduct, built in 1991, took me over Grafton Street

At Wolverton I enjoyed a marvellous mural, painted in 1986 by local artist Bill Billings.

Only 72 miles to go before a slap-up curry in Birmingham!

By midday I had reached my destination, the magnificent Iron Trunk aqueduct, beneath which flows the mighty River Great Ouse.

Opened in 1811 as the fourth attempt to cross the Great Ouse, this marvellous example of Victorian engineering is the oldest ‘iron trough’ aqueduct in the UK.

This is how it looks from the banks of the Great Ouse.

I was so impressed with the aqueduct, it was without any doubt the highlight of the hike

I enjoyed a hearty lunch on the banks of the Great Ouse. 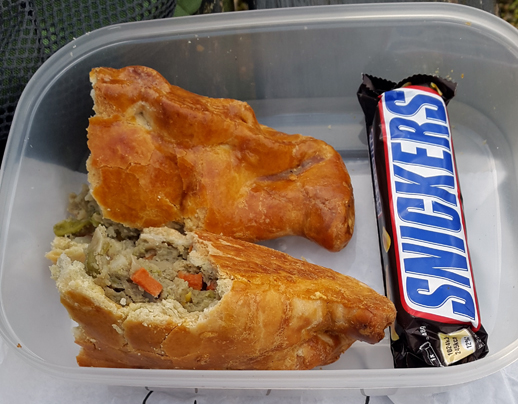 I strolled along the river path for half a mile or so (I’ll be returning here as part of the Great Ouse Odyssey expedition) before heading back to MK. 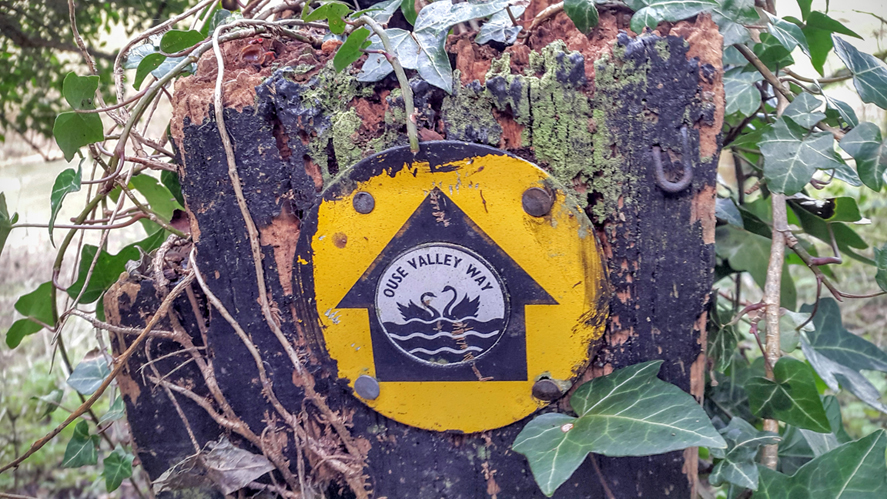 All-in-all a fine day’s hiking along the Grand Union Canal.