This is the sixth stage of the King’s Cross to Birmingham jaunt via the Grand Union Canal.

On the map below you can see the stages completed prior to this one (red line), and the stage completed on this occasion (yellow line). Birmingham itself is up in the top left corner, still quite far away…

I arrived at Tring station on a bright, brisk, sunny morning on one of the last days of December 2013.  My last hike of the year!  It had been a while since the last stage of this expedition (February 2013) and I was looking forward to picking up the trail.

The first thing I noticed after leaving the station was a sign-post for the Ridgeway Trail that continues for 87 miles westwards to Wiltshire on ancient tracks on chalk ridges.  I’d love to hike this most English of trails, one day, some day…

After a short walk I joined the canal once more.

It felt wonderful to be out hiking again after the indulgences of the holiday season.  A light frost covered the grass, frozen puddles offered themselves up for breaking, all was good with the world.

Tring reservoir looked striking under the clear winter sky. I was taken by the contrast between the water and reeds.

The fella below studied me carefully as I passed by.

I admired the picturesque view of Marsworth church from the canal.

Ivinghoe Beacon, at 757ft above sea level, dominated the skyline for much of the hike.  It would be a great adventure to wild camp at the summit, maybe later on in 2014.

Towards the afternoon the clouds began to slowly gather… 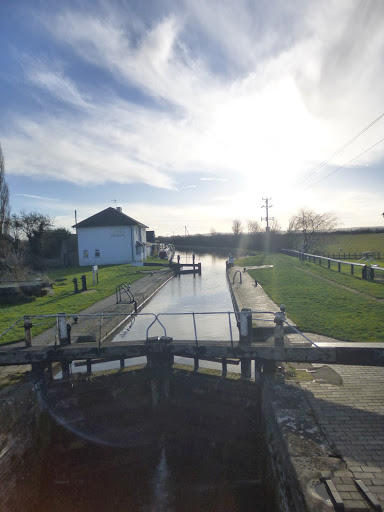 The land south of Leighton Buzzard is flat and the skies wide, reminding me of my fen home in Cambridgeshire. 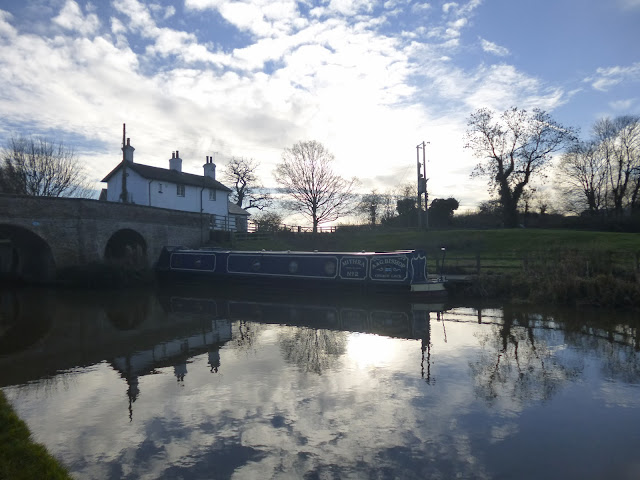 I think the photo below is the best of the day’s hike, I love how the clouds are reflected with such strength and clarity on the water.

Not long after this scene I reached the outskirts of Leighton Buzzard, the River Ouzel, a tributary of the River Great Ouse, ran alongside the canal for a short while.

And then, suddenly I was in the centre of town, sharing the towpath with supermarket shoppers and families out for a stroll.

A fine end to my hiking year and I’m looking forward now to the next stage of the hike that will take me on to Milton Keynes.

14 thoughts on “On the Grand Union Canal :
Tring to Leighton Buzzard”