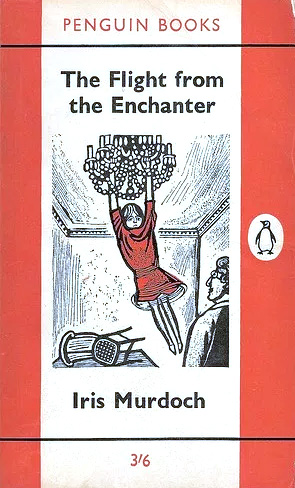 Iris Murdoch – The Flight from the Enchanter

The second book in my Year of Iris project.

The enigmatic Mischa Fox (the enchanter of the book’s title) is back in town spreading disarray and confusion in his wake.  Some run towards him, some flee, none are left untouched.  The book contains some very amusing scenes, at times I found myself laughing out aloud.

I need to start jotting down notes as I read and then I can write fuller reviews.  This quote sums the book up quite well:

…(the) characters…try to establish a semblance of individual identify and achieve freedom. Due to national origin, psychological make-up, circumstances, and time and place in history, matters beyond human choice, some characters are less free than others. Even among characters with the same background, Murdoch differentiates between those who love to exercise power over others, to ‘enchant’, and those who try their best to resist all kinds of contemporary ‘enchantments’.”
From: The integration of the self : women in the fiction of Iris Murdoch and Margaret Drabble by Afaf Jamil Khogeer 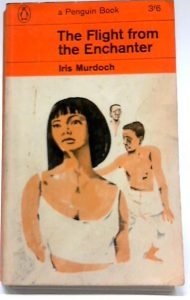 My second choice on EBay 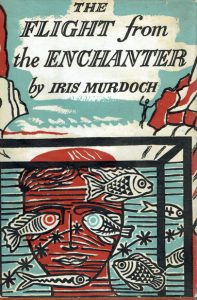 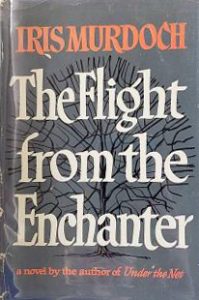 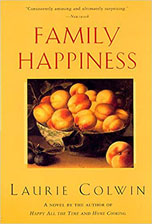 This was a recommendation from the excellent Eiger, Mönch & Jungfrau blog.

Polly Solo-Miller is frustrated with playing the part of the perfect wife, daughter, and mother.  She embarks on an affair and soon reaches a point where her centre can no longer hold and something has to break.

Colwin writes beautifully and there are some extremely funny moments, I’m looking forward to reading more of her work.  I saw this categorised as ‘domestic fiction’ (whatever that is). 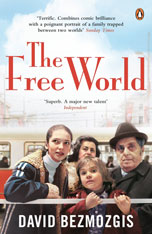 Another recommendation from the Eiger, Mönch & Jungfrau blog.

The story of the Krasnansky family who are stranded in Italy after leaving the USSR in the late 70s.  Along with thousands of other Soviet Jewish refugees, the Krasnansky’s must adapt to their new surroundings and work their way through tiers of red tape to the promise of a new life in the free world.

This is my favourite book of February, and I have another Bezmozgis novel, ‘The Betrayers’, waiting on my shelf. 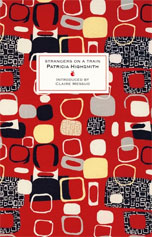 Patricia Highsmith – Strangers on a Train

High tension thriller from a master of the art.  Highsmith slowly ratchets up the tension and paranoia and it’s easy to see why Hitchcock would want to make a film out of it.

“Death was only one more adventure untried.”

This was a Virago classic edition from the library with a gorgeous hardback cloth cover. 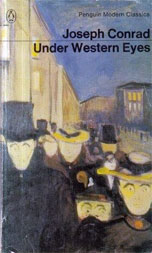 It’s 1910 and all student Kyrilo Sidorovitch Razumov wants is to write an essay that will win him the Silver Medal prize and thus a guarantee of ‘an administrative appointment of the better sort’.

However, Razumov’s plans go awry when fellow student, and terrorist ‘revolutionary, Haldin arrives at Razumov’s flat a fugitive from the law and requesting assistance.

Things go quickly from bad to worse and Razumov finds his dreams crushed between the nihilist idiocy of student radicals and the oppressive weight of the Czarist secret police.

“The true Razumov had his being in the willed, in the determined future—in that future menaced by the lawlessness of autocracy—for autocracy knows no law—and the lawlessness of revolution. The feeling that his moral personality was at the mercy of these lawless forces was so strong that he asked himself seriously if it were worth while to go on accomplishing the mental functions of that existence which seemed no longer his own.”

Some western critics consider the book as anti-Russian, which is odd as a translation was passed by the Czarist censors in 1912, and a new translation appeared in 1925 Bolshevik Russia where it was well received (see ‘Conrad, Russia and Dostoevsky‘). 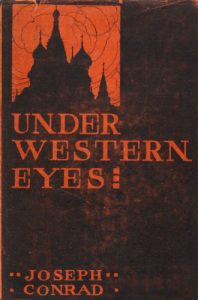 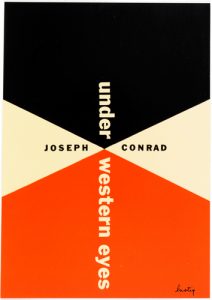 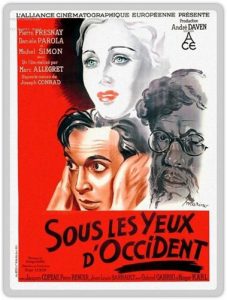 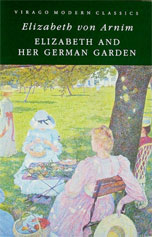 Elizabeth von Arnim, wrote this delightful semi-autobiographical novel at the turn of the 19th century, it was first published in 1898 and was reprinted twenty times in the same year.

In short, it is the tale of an English woman married to a Prussian aristocrat (known in the book as “The Man of Wrath”) attempting to adapt to life in the unforgiving (not merely in terms of weather) climate of northern Germany. 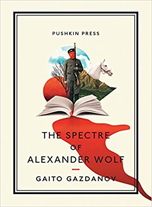 At first glance, this novel had everything going for it.  Written by a young Russian emigre, set during the Russian civil war, ah such promise!  And yes, the first third of the book rewarded my expectations and then, and then…

Something happened, the author went off at a huge tangent, took 80 pages to arrive back at base and then finished up with a hurried, unsatisfying finale. 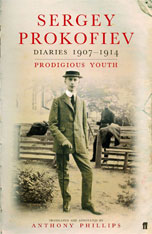 It took me five months to complete reading Sergei’s dairies.  Best dealt with in small doses, he thought a lot of himself and wasn’t always the most thoughtful of people.  Then again, the journals cover his late teens and early twenties and who among us can make a claim to sanity at that age?

I enjoyed the book, especially as one deeply interested in the period just prior to the revolution. His descriptions of travels to Crimea, the Gulf of Finland, Berlin, Paris  and London were my favourite sections.

Worth picking up a copy if you see one, read it slowly, perhaps with some vodka and one of his many fine compositions playing in the background. 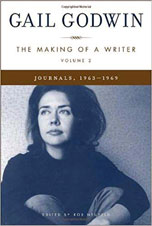 I have to confess here that one of my primary motives to buy this book was the photo of Godwin on the front cover, she is quite beautiful.

It is also a fascinating insight into the growth of a young writer and also of London in the 1960s.  The book closes with triumph as her first novel is published.  I’ll be reading more of her work. 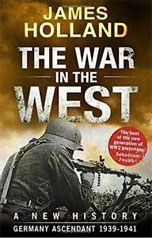 Not sure how many books I’ve read on the second world war but James Holland brings a new perspective that I thoroughly enjoyed.

His focus is away from the action on the ground, instead, he looks at economics, logistics and planning and the decisive role these factors played in the war.   Highly recommended for history buffs.

How to Read Literature – Terry Eagleton