So I found an old photo of a street in central Kyiv by the name of Nikolaevskaya.  The picture (from the Library of Congress website) was taken sometime between 1890 and 1900.  I think it’s safe to assume that the word Nikolaevskaya has something to do with Saint Nicholas.

A few decades later, sometime during or after 1921, the street was renamed ‘Karla Marksa’ (guess who).   With Ukrainian independence there was another name change, this time  to ‘Arkhitektora Horodetskoho’ after the Polish-Ukrainian architect Vladyslav Horodetskyi.

Apparently, the street itself was designed by Horodetskyi in the first place, so it all sort of makes sense. 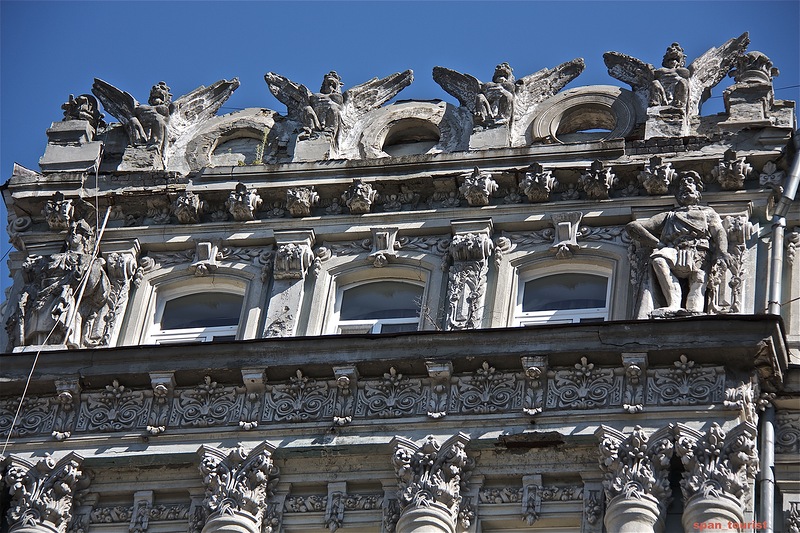 It does look rather gorgeous, check out more photos on Span Tourist’s blog.

Horodetskyi was also responsible for several other interesting works of architecture in Kyiv, including the impressive looking House with Chimaeras.

Given the street’s proximity to the centre of town, it was the scene of barricades during the Maidan.

To bring us back to where we started, I found a  few mentions of Nikolaevskaya street by searching Google Books.  It makes an appearance in Bulgakov’s ‘The White Guard’ (note to self: take a copy to read in Kyiv)

And there we have it… a street to head for when I visit Kyiv, full of history, action and intrigue.

Got something interesting to say about Nikolaevskaya street?
Let us know in the comments below

3 thoughts on “On Nikolaevskaya street”